The Victoria Times editorial  https://tinyurl.com/y7oetxne suggests more money is needed to treat forest-community interface areas from wildfire.  Although this is correct, the cost is high but could be reduced if Government was to change some policies regarding harvesting of merchantable trees within these areas.  These changes would generate revenue and off-set treatment costs while at the same time protect the interface area and contribute to long-term forest stewardship. These would also generate jobs and economic benefits for the community.  The barriers to these benefits are well  know within the industry and wildfire experts.  Government just needs to listen!

The US organization Walk in the Woods forest education organization has produced a useful description of  the various forest management systems that might be of interest to non-foresters.  Although clearcutting and single tree selection are the most common in BC, some foresters have chosen others to best achieve the objectives for the area being harvested. 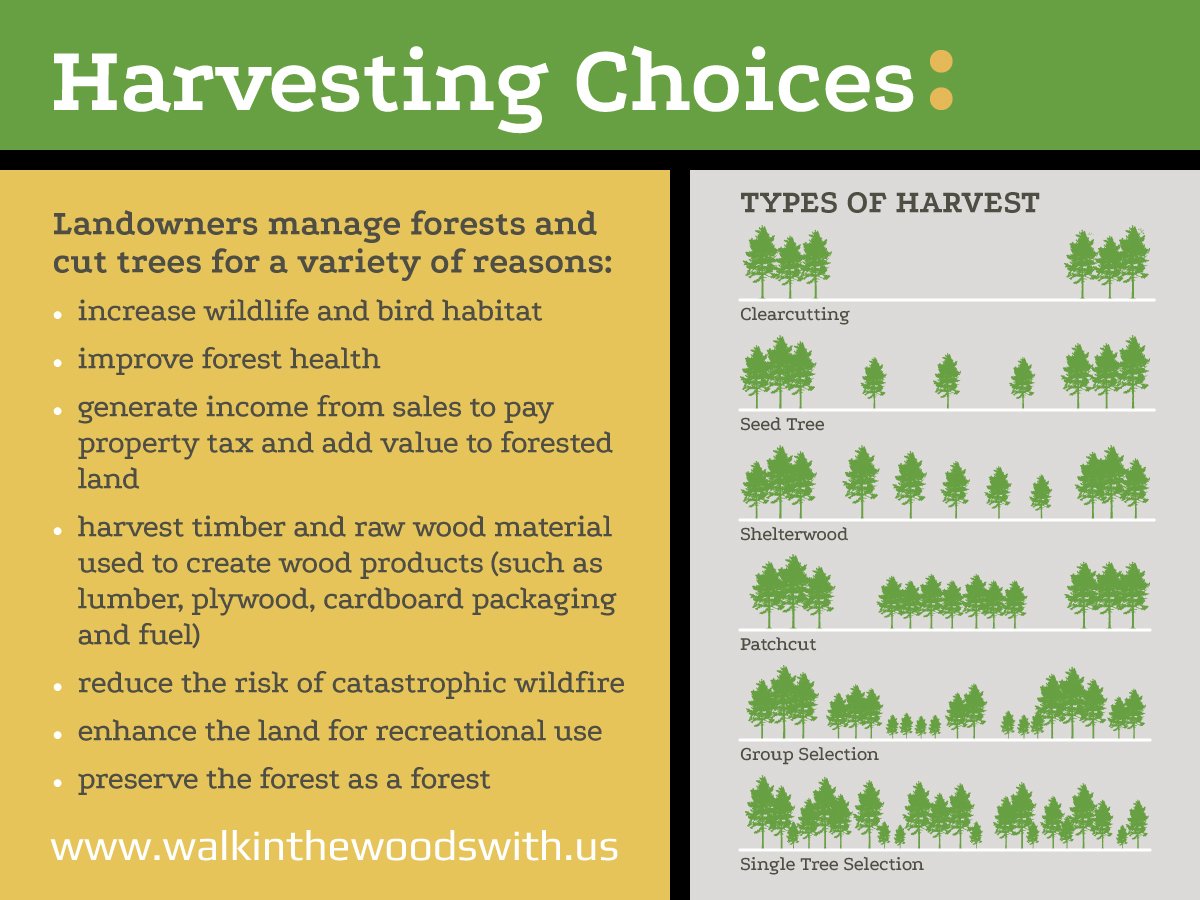 Here is an interesting article from a US economist that sheds light on the SLA issue and other trade issues http://tinyurl.com/l9vkft2

I (Bill Bourgeois) have learned over my career in the forest industry that the Softwood Lumber Agreement (SLA) with the US is complex involving detailed legal issues. My view is that if you are not directly involved you should be cautious in what you say due to, in effect, not knowing what you are talking about. However, a basic understanding of the issue is worthwhile. The US lumber broker A&A has published a good basic information piece that might be of interest http://tinyurl.com/los5w5s

The BC Liberals, BC NDP and BC Greens have identified:

The long-term forest stewardship commitments vary between the Parties:

The NDP forestry plan was just announced.  It includes an emphasis on increasing value-added manufacturing which is consistent with the recommendation in the HFHC Update report.  However, the Plan is short on details and has the potential to be superficial just like the BC Liberals actions since 2013 on this topic.  The NDP needs to be pushed for details related to implementing the Plan.  BC Liberal response has been “we are already doing this” but as per the HFHC analysis there has not been any substantial actions to address the issue.  Political parties need to provide details to get support comfort in expecting significant advancement on community diversification and economic development.

The topic of banning log exports is increasing in popularity again.  Even if more logs were available to the secondary wood manufactures (value-added producers) it would not necessarily result in an increase in their products.  Not all remanufacturers are limited by timber/fibre supply.  However, those who are need a long-term fibre supply at a competitive cost.  There are barriers are certainty of timber/fibre supply and a desirable investment climate.

The National Forest Week-BC has compiled data on the number of K-12 students experiencing the forest in 2016 Student participation 2016 final report. Over 37,000 students were involved but this is only 6% of the total student enrollment.  Lessons learned are included.

A number of educators have offered advice to Premier Clark in a the Tyee article Experts Grade Premier’s Forestry Teaching Moment _ The Tyee.  The comments are in response to her comments at the COFI AGM regarding the need for forestry to provide jobs for their parents and money for their hockey equipment, etc.  A message of considering information on both economics and conservation is suggested along with encouraging students to think for themselves.  The suggestions are very consistent with the views presented in HFHC.

Information: Visitors to the HFHC website have advised us to make the forest videos/webside links database profiled more on the front page.  Consequently, we have created a section called Forests 101.  We would encourage all visitors wanting to learn more of the basics regarding BC forests and wood products to check out the database.  We would also welcome any additional topics that should be added.